It is important to know where the adventure hotspots in KZN are located. Accurate location can ultimately lead to better planning and decision-making, which would result in the sustainable growth of adventure tourism in KZN. Currently KZN does not have a system to identify and locate adventure hotspots. This provides geographers with a unique and exciting opportunity to understand the adventurer and to locate where he/she would ideally like to engage in an adventure activity.
This chapter deals with the first component of Objective 1, which was to identify adventure hotspots in the KZN province by using the functionalities of a GIS. This is followed by an examination of the second component of Objective 1, which was to validate and add further insight to the GIS findings by questioning the tourism practitioners from the KZN province.

Methodology adopted for adventure hotspot identification (component one of Objective one)

This section describes the term ‘hotspot’, as used in this research. An introduction to the term was already discussed briefly in Chapter 1 (1.4.4). A GIS is the ideal platform from which to manage and analyse the spatial attributes used in this research to identify and locate adventure hotspots. To start deciphering a hotspot, it is important to develop a sense of spatial awareness of adventure tourism in KZN. Geographers have the ability to use this spatial awareness to develop a ‘spatial language’ that can act as an intellectual filter. This intellectual filter can help geographers select spatial attributes necessary for analysis and eventually to make decisions (De Mers, 1997). De Mers (1997:25) suggests that “as we experience space, we will encounter features and objects of many different types and we can use this experience to enhance our geographical skills such as viewing, analysing and understanding spatial patterns.”.
This ‘spatial language’ referred to in the previous paragraph was used to identify where and what a hotspot is. Definitions of ‘adventure’ and ‘adventure tourism’ are tabled, and key elements of the more applicable definitions are used to forge a type of ‘spatial language’. This ‘spatial language’ will guide which spatial attributes are needed to identify where the adventure hotspots are located in the province. As was mentioned in Chapter 2 (2.2), “adventure tourism usually involves people travelling off the beaten track into fragile environments and/or communities that are socially vulnerable” (Swartbrooke, 2003:196). Swartbrooke et al. (2003) suggest that the adventurer is attracted to exploration and discovery as the more important components of adventure. Smith & Jenner (1999:45) state that the essential ingredients of an adventure seem to include “a remote, under-populated region with a traditional culture where facilities are extremely limited”. Addison (1999:416, in Swartbrooke et al. 2003:29) states that “the threefold combination of activity, nature and culture marks adventure travel as an all-round challenge.” According to Millington et al. (2001:67), adventure travel is “a leisure activity that takes place in an unusual, exotic, and remote or wilderness destination. It tends to be associated with high levels of activity by the participant, most of it outdoors, adventure travellers expect to experience various levels of risk, excitement and tranquillity, and be personally tested, in particular they are explorers of unspoilt, exotic parts of the planet and also seek out personal challenge.”.
Next, the TKZN viewpoint on what adventure tourism is considered. As stated in the introduction, the KZN definition of adventure tourism is “a type of tourism which takes places in a destination which offers nature-based tourism but which in itself offers some measure of uncertainty, risk or increased levels of physical activity” (Kohler, 2004:7). The TKZN adventure tourism strategy further proposes that “adventure tourism is a type of tourism which takes place in a destination which offers nature-based tourism but which in itself offers some measure of uncertainty, risk or increased levels of physical activity” (Kohler, 2005:7). From the TKZN adventure strategies definition, the key element of ‘nature-based’ tourism was extracted as a further ingredient for the ‘spatial language’ associated with an adventure hotspot. Valentine, Weiler & Hall (1992, in Kohler, 2005:7) propose that nature-based tourism is primarily concerned with the direct enjoyment of some relatively undisturbed phenomenon of nature.
To summarise the discussion about the nature of adventure hotspots, it can be stated that the characteristics of the adventure hotspot have their origins in observations from the literature and the TKZN adventure strategy. From the above definitions, key elements of each definition were typed in bold. These will be used to add substance to the context or the ‘spatial language’ associated with defining a hotspot. The key elements that were extracted can be listed as remote, traditional culture, nature, wilderness, unspoilt, exotic, nature-based, undisturbed, risk
and physical activity. These elements will be used to give meaning to the adventure hotspot. From this, the research concluded that adventure hotspots are areas that are richly endowed with natural resources and not located in close proximity to built-up areas and places of high population density. Adventure activities based around geographic features in these ‘hotspots’ can also provide an element of risk and physical challenge to the adventurer traveller. It is important to note that adventure tourism, although a new type of tourism, is already established in KZN (Kohler 2004) and some of the hotspots will have adventure tourism activities already underway. Therefore these hotspots could be either, ‘existing adventure hotspots’ or ‘potential adventure hotspots’. To establish exactly which hotspots are ‘existing’ or have the ‘potential’ will require further research and will be briefly discussed in the final chapter.

The ENPAT spatial data set, as well the spatial data from industry, was received in vector format. All spatial data were projected to the WGS84 latitude/longitude projection, and all layers were in Esri shapefile (.shp) format. The shapefile format is arguably the most recognised format found in the GIS industry. There are very few modern day GIS packages that cannot read a .shp file. The spatial data from the different sources were imported into the Maptitude GIS package. The software allowed the .shp files to be viewed on the GIS. It was, however, necessary to convert the shapefiles to the Maptitude format (.dbd) for editing and analysis. This was done for all attributes.
With all the imports complete, the next step was to structure the spatial data warehouse. The warehouse, in this respect, was a set of structured folders housed on Windows Explorer on a personal computer. Windows Explorer aids in efficiently storing the spatial data. Folders were created for the two groups of data, namely the human attribute data (H_Cultural as indicated in Figure 3.1) and natural attribute data (natural as indicated in Figure 3.1). All the translated .dbd files (see Table 1.7) were stored in their relevant locations according to the attribute groupings.
The majority of the layers were already prepared for analysis and used as-is in the analysis process. Only the street layer had to be manipulated. The streets layer had to be modified to the ‘spatial language’ associated with the research definition of an adventure hotspot. According to the definition of an adventure hotspot, it is likely to be located ‘off-the-beaten-track’, away from built-up main roads and freeways. Therefore, the main freeways and highways were excluded from the analysis process. Only the gravel and secondary road features were included in the analysis, since these classes of ‘streets’ are considered to be in close proximity to the hotspots. These assumptions were discussed with the ENPAT data custodian and later verified in the questionnaire survey conducted with the KZN tourism practitioners.

Some of the applications using a GIS in the field of tourism were reviewed in Section 2.4.2. There are many related case studies proposing the use of a GIS in tourism planning. These case studies range from using a GIS as just a simple tool for visualising the tourist destination, to applying complex multi-criteria analysis (Van der Merwe, 2009) using spatial weights attached to each layer, which can be used to output different scenarios relating to the natural and built-up environment. Data structures, including those that are geographical in nature, have two certainties, “(1) tomorrow there will be new ones, and (2) what’s good for one application isn’t necessarily best for another” (Berry, 1995:102).
Spatial analysis involves many possible methods to model reality. It depends on ‘what’ needs to be achieved and the availability of data to achieve the ‘what’. Most GIS packages these days are ambidextrous, having the capabilities to spatially analyse both vector and raster data (Berry, 1995). In this research, a vector-grid or vectorised cell approach was adopted, using a vector-based GIS (Maptitude). Similar approaches were adopted in Mauritius (Beedasy, 1999), Sri-Lanka (Boers & Cotrell, 2005) and Southern Illinois, USA (Xiao et al., 2002) using the vectorised cell approach.
In this research, a 5 km by 5 km grid cell was adopted. The total area of a grid is therefore 25 km². Figure 3.2 below graphically illustrates the grid structure adopted for this research.
The next step was to bound the landscape phenomena into its main groups of human and natural features. Each individual feature type also had to be grouped into related layers (either points, lines or areas). According to the research definition of an adventure hotspot, it has certain natural and human attributes. Once the phenomena were grouped as natural or human features (as shown in Figure 3.1 above) a number of Structured Query Language (SQL) queries were executed on the individual feature types. The aim was to identify those cells that have an abundance of natural attributes and no presence of human attributes, thus accentuating the research definition of an adventure hotspot. The desired outcome of this approach was to maintain a consistent and uniform manner in which adventure hotspots are identified in KZN by using a GIS.
On the following pages the reader will find three tables that elaborate on the method adopted to identify an adventure hotspot. The details of the steps followed with the human attributes are discussed in Table 3.1. Table 3.2 explains the steps followed with the natural attributes. The overlaying process steps are elaborated on in Table 3.3.

The effects of extensional inheritance on the Pyrenean orogeny

Application to a collection of human tibial cortical bone specimens 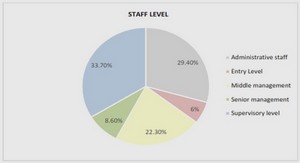 BLURRED SPACES:MILITARIZED YOUTHS AND THEIR RELATIONSHIPS WITH THEIR IMMEDIATE ENVIRONMENT