Chapter 3 The Planting of the Diocese of Mashonaland

With the Diocese of Mashonaland having been carved out, the next step for Bishop Knight-Bruce was to make preparations to leave the Diocese of Bloemfontein and make his way to his new See. In order to ensure that his initial entry and settlement go on smoothly there was certainly a good deal of preparation that he needed to do soon after the Provincial Synod had given a green light to the division of the Diocese of Bloemfontein. One of the major preparatory initiatives, as noted above, was to go to England and canvass for support, both in cash and personnel for this challenge that lay before him. Locally the bishop also needed to make adequate preparations to ensure that his journey and eventual planting of this mission would go on smoothly. The Bishop became aware of the need for personnel who would evangelise the region as well as the need for support personnel in the area of medical help and farming.

READ  Exploring and explaining the manifestions of learning support 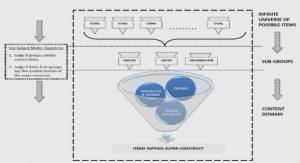 The Tannaitic Milieu: Mishnaic and Toseftan Material in the Halakhic Midrashim

The critical method – a hermeneutic of suspicion and remembrance

Violence in the Indian cultural context